Ken Kiyohara is the founder and representative of CMA Partners (Kiyohara International Law Office). In his career of more than twenty-five years, Ken has been working on various aspects of capital market matters, ranging from corporate finance to M&A/takeovers, and from insider trading and other market regulations to regulations of brokerage, investment advisory and asset management businesses. He has strengths in cross-border transactions and is experienced in advising non-Japanese clients on Japanese legal issues from comparative law perspectives. 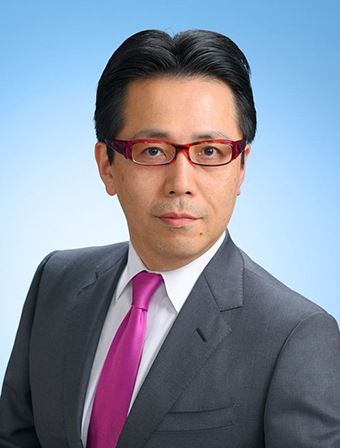 For non-Japanese clients, Ken advises on such matters as tender offer and other acquisition of Japanese stock, insider trading and other trading regulations, shareholder rights and other corporate governance issues, disclosure on shareholding in listed stock, fund raising for private equity funds in Japan, investment in venture companies and IPO by subsidiaries or investee companies.

For Japanese clients (including Japanese subsidiaries of non-Japanese clients), he advises on such matters as corporate governance, disclosure and other stock exchange rules, insider trading and other securities regulations, and regulations of brokerage and investment advisory businesses, and also advises on such transactions as tender offer and share or asset acquisition, capital tie-up and business alliance, joint venture, and divestiture.

Ken was a member of the Committee on Auditing Standards, the Business Accounting Council of the FSA, and had participated in the discussions toward adopting the Standard to Address Risk of Fraud in the Audit in March 2013. In late 2015, he participated in the discussion, as Counselor of FSA, at the investigation panel, and provided the Certified Public Accountants and Auditing Oversight Board of Japan (CPAAOB) with a report on certain auditing issues in connection with accounting scandals in Japan.

He had served as Kansayaku corporate auditor of East Nippon Expressway Company Limited, one of the major  privatized expressway operating companies in Japan (2010 to 2013).

Locally, Ken is a member of Keizai Doyuukai (Japan Association of Corporate Executive), and since 2007 has actively been involved in the policy discussions at various committees, including the Risk Management Task Force (Member, 2009), Finance and Capital Market Committee (Vice Chair, 2011), Judicial System Reform Project Team (Member, 2013), and Employment and Labor Market Committees (Vice Chair, 2007). He is also a member of the Japan Corporate Governance Network.

Ken Kiyohara often speaks at seminars locally in Japan, and participates in an international conference. He is also interviewed and quoted from time to time in the Japanese and English media (including Nikkei, the Financial Times, Reuters and Dealreporter) on topical issues such as corporate governance, shareholder activism, insider trading, securities regulations and other capital market related matters. Ken has written on such topics as M&A, tender offer regulations, protection of minority shareholders, corporate governance, disclosure reform, accounting fraud and auditing, and insider trading. Additionally, he contributed approximately 30 articles to "Crossroads" (Juujiro), the daily column in the Nikkei evening edition, on various aspects of corporate governance and disclosure issues during 2007 to 2013.